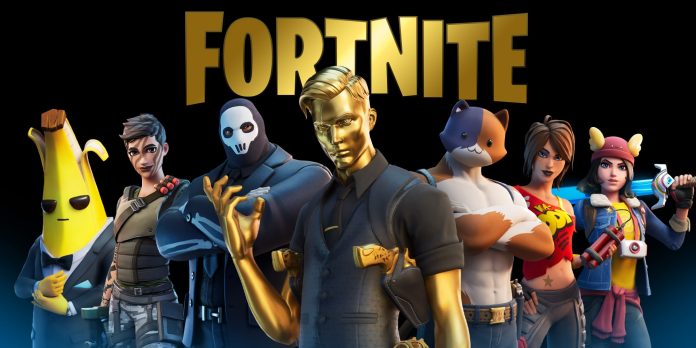 Today I will be telling you about the most famous gaming platform that is growing as we speak. There are millions of players that play this game from all around the world which makes this game so exciting. Fortnite was released in 2017 and the developer of the game is Epic Games. The reason behind its popularity is the survival game in which you will have to fight 99 players and try to survive.

The game starts by you skydiving from an airplane onto an island and there are a total number of 100 players in each game. At the beginning of the game, you don’t have any kind of Fortnite weapons to defend yourself which is why you have to hide from other players but you will find weapons laying around the island. To make the game more interesting the island becomes smaller and smaller as the players get eliminated so you can’t hide anymore and face your opponents. To win you will have to survive till the end and become the last player standing. You might think that the game has only one mode but it actually has 3 modes in store for you guys which I have mentioned below so you can get to know them and choose which mode you want to play in.

#1. Fortnite Save The World

This mode is available on your Desktop, PlayStation 4, and also on Xbox One. In this mode, you will be playing in a mission-based game to survive in a destructive world. You won’t be playing individually in the game you will have to team up with three other players and then you will have to build a base with your members, shield against other teams, and craft weapons to attack any enemies. This mode helps you learn more skills and apply them to all the other modes.

This is the most famous Mode on Fortnite is battle royale and I have explained it a bit at the beginning of the article. You can play this mode on any platform you have, this Mode is divided into further three modes known as Solo, Duo, and Squad. In Solo, you will be playing against 99 players and have to survive till the end to win. In a duo you will have to partner up with one another player and play against 49 other teams, to win you will have to be the last team standing. The most famous model is Squad because in this mode you have the option to team up with your friends. One team has a total of 4 players and you fight against 25 other teams. To win your team has to be the last team standing.

If you like creating your own island to play in you can use this mode as it allows you to create your own private island and then after you have designed the island the way you like you can start inviting your friends over to play with you. You will have loads of material which you can use to make buildings and all kinds of stuff. The reason behind adding this mode to Fortnite is to give the players the opportunity of creating their own games and add whatever they like. The theme of the game Is completely up to you it doesn’t have to be like battle royale you can literally base the game on whatever you find interesting such as skate parks, soccer, and every zombie. You can use the special Fornite Creative codes to add in the amazing creations offered by Fortnite.

The most important thing to consider in Fortnite is Landing because if you don’t choose the right location to land you won’t be able to win, you need to find a location that has the Fortnite weapons, perfect hiding place, and from where you can target all your enemies. If you land right where all your enemies are you will be eliminated from the game as soon as you land and no one wants that which is why I have compiled a list of areas you can choose to land which will lead you to your victory. Without further ado let’s get started on helping you win.

Best Places to Land in Fortnite

This is a very unique area as it is said to be the low-gravity zone. When you land in this area you will be able to teleport high into the air and then will be able to re-drop. There is a huge glowing aura visible around the buildings and islands in the area. Due to the orb’s Rift in the area is going to help you escape if the combat becomes way too dangerous you can escape ensuring your survival.

This is said to be a risky drop but with risk comes reward and you will get that when you choose this area to land. In this land, you will come across Fiends and NPCs which you will kill to gain loads of rewards. You will be able to get ammo and health by killing them. But be sure to not get stuck in crowds as most players do get stuck by wild shoppers and by the Fiends.  You have to be attentive and fast to gain all the rewards.

If you want to be the last one standing in the game you should consider landing in Tilted Town as it increases your chances of survival if you choose this place. You will be able to find a weapon quickly and then kill all your enemies to lead you to victory. The best part is that in this area you will be able to catch your opponents off guard and take them down.

If you are looking for a bit calmer drop this is the place for you. After landing on this area you won’t want to go anywhere else as it will become your favorite place to land. The buildings are empty and you can loot in and you can gear up and prepare yourself before facing your enemies.

This area is introduced when to start Season 5 and this area is loved by a lot of players as it gives a good start to the game. This is a safe area and the area is mainly in cooperation with loots. This is said to be a quieter area and you will be able to catch a ride at the racetrack.

This is said to be the best place in season two of Battle Royale. It is placed at the center of the island which is why it is central to all the action. Loads of players choose to land here to win the game by eliminating as many players as possible. If you want to land in an area where you will be able to eliminate all your opponents and think that you will be able to survive this area is for you.

This area is a mixture of both quiet and action which makes it so popular. This area is quite large and has a wide range of playing styles you can choose to play with. You will be able to find loot and spread out without running into too many opponents to fight against.

Contrary to the Frenzy farm the Yacht is the smallest named location available in the game. This Yacht is found in the northeastern section of the island and is near Steamy Stacks. The boat has multiple layers that have numerous rooms both inside and outside. You will also be able to access vaults that are going to help you defeat NPC bosses. With which you will be able to gain the best gear possible on the entire land. With that, you can defeat all your opponents.

This is said to be the hidden gem of the battle royale island which is why not many players know about this place and hence don’t land here. This area is located at the southern end of the map. In this area, you will have a lot of areas which means you can loot here without worrying about running into an enemy. After you have geared up you can leave the area with the help of a motorboat.

While landing you will come across both Junk Junction and Haunted Hills which is placed in the corner. You will have two locations to the right of the Haunted Hills which has ruined houses and will have access to the loot. If you want to have a quiet place when you land you should consider this place.

The last location I have for you today is a lucky landing and this is often chosen by a lot of people so make sure that you are prepared for the competition as you will have jam-packed action waiting for you. But make sure that you don’t land in the center of the town but choose a surrounding building so you can hide while attacking your competition.